▲ I guess it's time for new WITCH HOUSE compilation... ▲

Submit your tracks to: zinbwoy@gmail.com in .WAV format only

Please, submit original AND unreleased tracks only!
Expect a cassette tape release with the compilation at some time in the future!
Bear in mind that we will select only the best tracks for the compilation (FYI to avoid disappointment).

PLEASE jump to page 2 for comments.


ALSO next compilation is also planned for June/July release and it will be a BLADE RUNNER movie/ost tribute.

If you have other ideas, drop them here
Top

A Serbian Film tribute anyone?
I AM ▼NE×××ENUS▼. I AM THE NEW BEING.

or soulless synthetic electronic music from a tumescent tormented being. 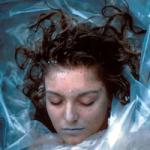 michael jackson or slayer tributes would be tight
Top

I think we will go with Stevie Nicks inspired compilation with its initial title "Ravens of Rhiannon". Deadline for submissions could be around December 15th. Beginning of new year that could be followed with Blade Runner OST.
Top

This is a cool idea. We will submit something for it.
M ‡ я c ▲ l l ▲
http://soundcloud.com/m-c-ll
http://mcll.bandcamp.com
Top

I'm currently working on a track for this now that I have free time.
Top

yoooo i'll deff make something for this
http://soundcloud.com/skvllparty

I submit something to this for sure. Love this idea !
"Nothing shocks me, I am a scientist"
Top 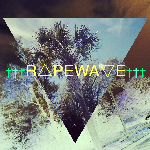 How do i submit a track?
Top

Yea we would be down for this. Has anything been finalized as far as theme or submission dates?
https://soundcloud.com/apollyons-visage/invocation-demo
Top
Post Reply
47 posts