Thanks for listening.
teacake.bandcamp.com
Top

Thanks for giving it a listen.
teacake.bandcamp.com
Top

Really nice synths here. I like "Fadewave" a lot.

And the cover art.
Top 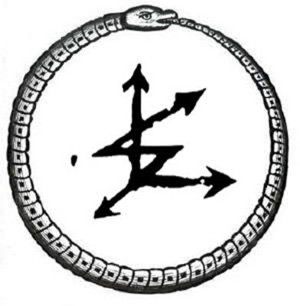 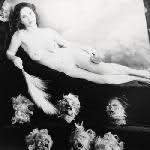 Thanks a lot for this. Sounds all kinds of awesome!
Top

Nice Sioux HH cover! Thanks for sharing, I will definitely be listening to more of this!
Top

Fuck a free download...I will gladly pay for this gem! True witch house at its best! Teacake is the araabmuzik of Witch House! Respect!¿¿►8
Top

I only now had a chance to listen to this EP. Overall it's a solid release, showcasing good use of synths and drum programming (however sometimes they remind me too much of Salem schemes). The only "but" I can have is that most of your leading synths don't sound very 'dark', I think some tracks could gain a bit from that. The stems of your tracks are realy good, have deep feel to them and at the same time have the melody that can be very catchy, but again the top layer of synths could be a bit "creepier"

- i.e. in Make Believe the sounds that comes up at 0:40. I don't know how to explain it better. Nevertheless, Make Believe is my fav track off this EP.


Last but not least - I really REALLY like the cover.Simple, yet powerful.

Edit.
After 3-4 listens to the whole material, I'm actually getting used to those 'light' synths that bothered me at the beginning:) Gotta eat my words I guess.
Top

sorry bro but this album is the "walmart of witch house" if ive ever heard it. i'm not exactly sure why you would cover siousxie and the banshees in "drag" version. i'm sorry but all the sounds are complete generic and uninteresting in this album. im not 100 % sure if this is a joke but if not try again

✝SLAVERY✝ wrote:i'm not exactly sure why you would cover siousxie and the banshees in "drag" version.

Given his choice of words, It's either a joke or a really poor troll attempt by a Witchbook fanboy.

If you are in fact the latter, DaggerSlaverydagger, I'm sorry to inform you that I was making music for years before I had anyone to share it with, and while I value constructive feedback, negative opinions don't hamper me, because I make music for the sake of making music, and finished works are more a byproduct of the act than the end goal. Sorry to burst your bubble.

Ok well I'm sorry you insist that those who thinks your album SUCKS, which it does SUCK, only thinks it SUCKS because they read that it SUCKS from some dweeb on some website whom you choose to pick a fight with and bring it here.

I guess it must be hard to come to terms when multiple indiviuals independently come to the logical conclusion that your album SUCKS. J/K but Seriously..

The first songs' synths sound like they were made by some sort of toy synths? did you use toys synths to record? about the choice of a soiuxsie & the banshee: adding hip-hop beats to a supposed SOUISXIE & THE BANSHEE cover??? Uuuuuuugh. What were you thinking???? If anyone reading this is truely thinking, what could go wrong with that idea, just have a listen. And for those of you thinking it sounds like a bad idea, have a listen, it's worse than you can imagine. The songs are so poorly constructed and composed of all the generic elements to make a typical witch house song, thinly strung together by dull preset trancey or hip hop beats. And that's where the problem lies, the songs don't flow at all, they are all like a patchwork of those various elements. It's like you had a checklist for these songs: "A sample. Check. Witchy synths. Check." and just stuck em where you could. the album art is pretty boring and uninteresting as well. not that it has to be black, triangles, movie stills,or whatever or conform to current trendy witch house aesethetics by any means, but really? It a picture of a tree split into three... Yes. It is as exciting as it sounds. But what truely made me think this album was a joke was your name, which is self-explanitory.

If it's not a joke, then I sure hope your next album is a lot better :/
Top

✝SLAVERY✝ wrote:adding hip-hop beats to a supposed SOUISXIE & THE BANSHEE cover??? Uuuuuuugh. What were you thinking????

pretty sure a large part ov witch house could be summed up as siouxsie and the banshees with hip-hop beats.
SHUT UP I AM DELICIOUS.