Anyone in Texas?
Top

I am in screwston
Top

You go to many shows? Fitz seems like they have some cool stuff when I check. I use to go there a long time ago when it was mostly a punk club. I know a bunch of Houston punks but never been to any other shows than that. I thin I know like one other person who has heard of witch house, and he heard it from me. I'm in Bryan.
Top

I know a bunch of people who like electronic music of all kinds, but they haven't fallen down this rabbit hole in particular.
Top

the last show i went to was a while back to see glassjaw at warehouse live. i know a handful of pepole that listen to witch house that didn't first hear about it from me. there is this place called Dean's that plays a lot of dark jams. only been a few times. yeah everyone i know loves electronic music and when i show them a witch house artists they usually like it but don't really care to persue in obtaining any witch house music for themselves. you know they just wanna listen to whatever the hipster bars are playing and get their drank on.
Top

you ever heard of this band from college station called today's last dawn?
Top

It doesn't ring a bell. Which is saying something since I've worked at a bar around here for a few years that every band plays at. I didn't follow much of the metal stuff. Well, correction. I always went to the black metal stuff. Those kids were really cool. Really talented actually. Bonnie Blue was the big shit around here. A lot of bands in that vein that played around here. For a while I was dj'ing pretty hipsterish stuff. French house, chill dark electro stuff. The hipsters around here just stick to themselves mostly and never venture out into the bars that have bands play. Maybe because no one thinks they're awesome for liking Bon Iver. My favorite stuff to play was 90's R&B. I'd play soul for real, bel biv devoe. A lot of new jack swing. Bobby Brown, Color M Bad. Shit like that. That's what got me into the witch stuff. I love the drags of paula abdul and hall and oates. I went to M83 at warehouse live. It was awesome. Active Child opened up. It kinda sucked tho cuz Purity Ring was playing that night too at Fitz. I'm trying to get a project started here, but not a lot of takers on the uber dark stuff.
Top 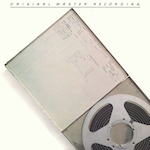 Still the only one representing for East Texas. Anyone else out there in the Tyler/Longview/Henderson area?
Top
Post Reply
12 posts • Page 1 of 1