1960s:
The City of the Dead (1960)--Coed researches witchcraft and becomes sacrifice in a coven.
Brainiac (Mexican, 1962) -- a.k.a. El Baron del Terror
Burn, Witch, Burn! (1962)--College professor discovers wife is a witch.
"Bewitched" (1964)--TV comedy about a witch who becomes an ordinary housewife.
The Haunted Palace (1964)--Witchcraft and reincarnation in 18th-century New England.
Morozko (1964)--Strange Russian fairy tale involving the spanking of witches.
Dr. Terror's Gallery of Horrors (1966)--Contains a story called "The Witches Clock," where a man is warned by the town doctor about the history of witches in his community.
The Witch (Mexican, 1966) -- a.k.a. La Straga in Amore
Matthew Hopkins: Witchfinder General (1968)--Hopkins offers his services as a persecutor of witches; he wrenches confessions from "witches" in order to line his pockets.
Rosemary's Baby (1968)--Strange things happen in an apartment that are blamed on witches.

1970s:
Cry of the Banshee (1970)--In England, a wicked lord massacres nearly all the members of a coven of witches, earning the enmity of their leader.
Night of the Witches (1970)--
Mark of the Devil (1970)--18th-century European village under a spell.
Simon, King of the Witches (1971)--Simon invokes the help of evil forces to take revenge.
Daughters of Satan (1972)--Man buys a painting depicting witches being burned at the stake, one of whom bears an uncanny resemblance to his wife.
Necromancy (1972)--Orson Welles plays the head of a witches' coven, where he needs the powers of a witch to raise his son from the dead.
Baba Yaga (Italian, 1973)
Warlock Moon (1975)--Young girl and boy visiting the country and end up in a witch's house.

1980s:
Witches' Brew (1980)--Horror spoof of 1944 classic. Three women use witchcraft to help their professor husbands further their careers.
Charodei (1982)--(TV) In Russian, one of the witches wants to marry a guy not a magician.
Ator, the Fighting Eagle (1983)--Ator battles hideous witches, giant spiders, and dead warriors.
"Wizards and Warriors" (1983)--TV adventure with castles, princes, and wicked witches.
Bay Coven (1987)--(TV) Young newlywed couple move to remote village and find a secret coven of witches who want them to join all the fun, or face the consequences.
The Witches of Eastwick (1987)--Witches (Cher, Sarandon, Pfeiffer) conjure up Nicholson.
Spellbinder (1988)--Kelly Preston. Man rescues a woman on the run from a witches' coven to which she belongs.
Teen Witch (1989)--Teenager learns that she's descended from the witches of Salem and has inherited their powers.
Toto's Rescue (1989)--(TV) Wicked Witch of the West comes to Kansas and steals Dorothy's dog.
Warlock (1989)

1990s:
The Witches (1990)--In a hotel, a group of evil witches have gathered to prepare a plot to turn all children into mice.
Witches of Avonlea (1990)--
Warlock (1991)--Transported from Salem to 1990s L.A.
Lost Prophet (1992)--Unstable man spends summer in empty mansion where he meets punks, serial killers, and witches.
Hocus Pocus (1993)--More than 300 years ago, three witches were sentenced to die in Salem. Now it's Halloween, and the witches have returned to direct their wrath on trick-or-treaters.
"Sailor Moon S" (1994)--Includes many odd characters (Death Busters) and witches who are searching for pure hearts in humans.
Sorceress (1994)--Two friends of the same law firm are both married to modern day witches.
Four Rooms (1995)--Comedy about a hotel bellhop who's asked to help out a coven of witches in the Honeymoon Suite.
The Craft (1996)--Four girls from a Catholic school form a coven of witches that cast spells on their classmates. Their new powers overwhelm them, leading to an internal power struggle.
Little Witches (1996)--Occult handbook transforms six schoolgirls.
The Pale Horse (1996)--(TV) Man accused of murdering a priest meets three eccentric women who claim to be witches.
Macbeth (1997)--In 11th-century Scotland, three witches foretell Macbeth's kingship.
A Simple Wish (1997)--A fairies convention is threatened by evil witches.
▲▲▲ http://soundcloud.com/wik-n ▲▲▲

The Blood on Satan's Claw (1971) -- Set in 17th century England. The children of a village slowly becoming satan's disciples.

One of my favourites!
Top

"The Witches" was my childhood classic :>
Top

Actually, you can find Blood On Satan's Claw on Youtube, if anyone interested. Also City of the Dead/Horror Hotel is in the public domain (but honestly it's not really good).
Also missing: Kiki's Delivery Service (1989)

after all, it's about a teenage witch.
Top

Marzip☭n! wrote:Actually, you can find Blood On Satan's Claw on Youtube, if anyone interested. Also City of the Dead/Horror Hotel is in the public domain (but honestly it's not really good).
Also missing: Kiki's Delivery Service (1989)

after all, it's about a teenage witch.

Blood on Satans Claw is amazing real English folk horror and the OST is fucking freakyfolk like Magnet's OST on The Wicker Man.
▲▲▲ http://soundcloud.com/wik-n ▲▲▲

(I agree, it's City of the Dead who's boring. A few interesting sequences, but most of it is rather shit. Blood on Satan's Claw is amazing, clearly.)
Top

The 1985 movie ''Return to Oz'' has been one of my childhood classic.
It was a very wicked Oz

no love for voodoo? Aside from all the primordial Zombie flicks, Serpent and the Rainbow was a good'n despite its face-cringing camp.

I need to find more though.
Top

add to that the rest of the saga: Inferno and La Terza Madre.
Top 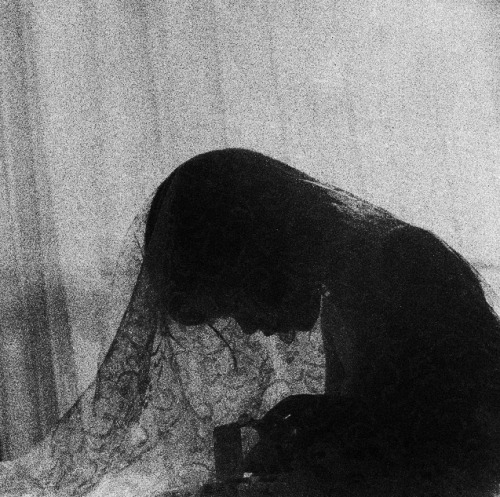 Burn, Witch, Burn! is in the netflix queue, I really need to get around to it.

Any reason this list doesnt continue through the 00s?

I have a couple of anime to add.

Lexy_ainT wrote:no love for voodoo? Aside from all the primordial Zombie flicks, Serpent and the Rainbow was a good'n despite its face-cringing camp.