Aggregators and distributors for streaming 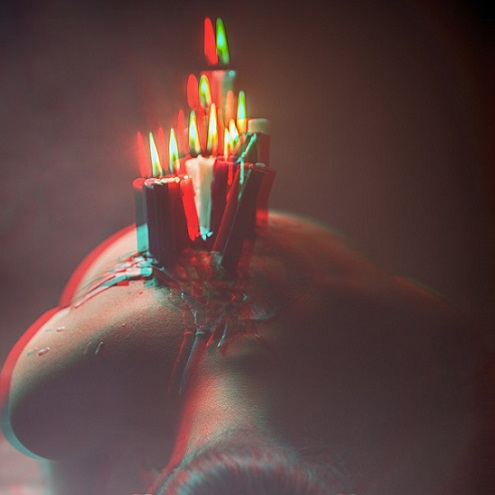 Aggregators and distributors for streaming

I'm looking at making the step up from Soundcloud in the future and putting music on platforms like Spotify. I know someone who is quite happy with distrokid. CDbaby was another one I looked at. As I'd probably be releasing individual songs throughout a year rather than one album or EP, a yearly fee would probably work out cheaper for me than a per release payment model.

I'd be interested to hear if you've used an aggregator and what your experience with them was like, especially in a genre which is rife with samples, drags, vocal stems from other songs etc. I know distrokid charge $12 per year per song to license cover songs but don't allow medleys or mashups. Basically I'm wondering how someone like Blvck Ceiling gets around this, other than listing himself as the songwriter?
Top

A lot of the independent musicians I know have gone with Distrokid and that's what I'm thinking of doing for my next EP and singles (one of which will be a cover song). I'm not sure how you would get around medleys/mashups other than putting them out as a free download and claim under fair usage that you're not profiting off them.

Taking a look at their website I found this:

"My Music Contains Sampling from Other Songs. Is That Okay?

Sampling is when you use the actual recording of another artist's performance. For example, if you use the 1971 recording of Led Zeppelin's "When The Levee Breaks" as your drum track. That's generally not legal, unless you have permission from the original artist or owner of the copyright."

Makes me wonder how many of the samples The Prodigy used in "Smack My Bitch Up" they got clearance for, and how many they just manipulated in the hope they'd be unrecognisable. I guess those were different times anyway.
Top

"My Music Contains Sampling from Other Songs. Is That Okay?

Sampling is when you use the actual recording of another artist's performance. For example, if you use the 1971 recording of Led Zeppelin's "When The Levee Breaks" as your drum track. That's generally not legal, unless you have permission from the original artist or owner of the copyright."

Makes me wonder how many of the samples The Prodigy used in "Smack My Bitch Up" they got clearance for, and how many they just manipulated in the hope they'd be unrecognisable. I guess those were different times anyway.

It's probably a lot easier if your label has a lawyer on speed dial to sort this shit out lol. If I remember correctly, when the KLF created Doctorin' The Tardis and put it out as The Timelords, the BBC which owned the copyright on the Dr Who samples they used took their word that they "replicated" them on a synthesiser before they could appear on Top of the Pops.

The BBC has a guide around sampling and getting permissions. But I honestly doubt a lot, especially around film samples etc are strictly enforced, unless it sells like 100,000 copies...

I went with distrokid in the end. It'll push me to do more original work and less covers/remixes.
Top

I've used https://www.routenote.com/ - you can upload your albums for free, but they take a cut from your streams. Since I'm not planning to make any money from it (I just wanted to have my label's discography there) I went for it. They get a bit picky about samples though, couldn't upload HEVEN's album because of that.

Also, I'll stick this thread on top of this forum, I think it's quite useful.
Top

Yeah re: routenote - I don't know whether a human actually listens to the songs, or AI, but they also picked up samples I'd used on some things and asked if I could prove I had permission to use them. Now, I do hear stuff on Spotify etc with blatant samples, from artists who I don't think would be clearing them, so I don't know who to go through to get stuff like that done. It's probably fair enough, but I just thought I'd back that up/confirm it. My next project features some major sample use so I'll probably just have to go via bandcamp alone.

I also find that they ignore letter capitalisation/formatting in song titles, which could effect witch-house artists in particular. They can also take a while to get things processed, but again, I'm also using the free service so it seems fair enough.
OUROBONIC PLAGUE
Top

I have a new dilemma. I've got a certain cover/remix which I think is of a high enough standard to release on Spotify.

The song was a huge mainstream hit in the late 90's. My version isn't strictly witch house, but has a similar approach in that I've used the vocal track from the original song and made it lower with a lot of formant shifting. I've retained the chord progression but changed almost everything else - used different instruments from the original, chopped up the song structure, rewritten the melody and bass line and written new drum beats and a new solo.

My issue is this... Do I try and sneak it through as an original with a new song title (such as "Notenoughofyou" by devilnotcry which is a re-recorded version of Serebro's "МАЛО ТЕБЯ")? Or do I try and license it properly as a cover and hope that the vocal track makes it through licensing? I've also read that Distrokid can have issues with covers if too much is changed, for it to be licensed it can't be "rewritten".

I'd rather submit it as a cover and be legit, rather than end up with a copyright infringement if I try to pass it off as a new song and somehow more than 10 people hear it.
Top

Part of me wants to try to submit something like this and just tell them it's not a sample or cover and see what happens.
If it went through - It'd only cause trouble if you made enough impact/got enough attention that somehow the original artist/label thought they could make some money of you, y'know? Even then I imagine the first step would be a "cease & desist" or something like that, and you could just... take it down.

Is this right? I ain't no law-talking-guy, I've just been around a while. I just think... what's the worst that could happen? Remember Dangermouse's "Grey Album"? (the jay-z/Beatles mashup thing)... it got him a lot of publicity and it's not like he was sued or charged with anything. That's the most extreme example I can think of.
OUROBONIC PLAGUE
Top

Sorry I realise that post doesn't help... I don't have any more information than you, really. Just thinking out loud, as it were.
OUROBONIC PLAGUE
Top

I get you. I think it depends on who decides you're violating their terms and conditions too - the aggregator, the streaming service, or the original rights holder/record label.

I've been debating just passing it off as an original, but the worst case scenario is probably being permanently blocked by the aggregator and/or streaming services. On the other hand, by trying to do the right thing and acknowledging the original artist it's possible the license/upload gets denied.

It's an awkward spot to be in, because I use the original vocal tracks (which is a no) but I also rewrite a lot and add new melodies (which is also a no). This is why Brothel was saying he was going to start putting drags back on Soundcloud for the love of it and not care about platforms that make him money.

I think people like Black Ceiling and devilnotcry get away with it because they haven't made a big enough dint in the mainstream for it to be noticed.

I mostly remix popular songs simply because I find it fun, but in the back of my mind there's always the notion that the right remix of the right song just might take the interest of people who don't typically like my style of music...
Top

so on a sort-of side note - have you released some stuff? you mentioned you "went with" distrokid. descriptions of what you're working on here and there has me curious! but I might've missed the links?
OUROBONIC PLAGUE
Top

PM'd you a link to my Soundcloud that has a few covers on it. Still working on originals for Spotify, I'm never happy with the quality of them to release. That and I've been doing a variety of stuff from WH to lofi, synthwave & darksynth to industrial. Still nailing down my own sound and what genre I want to sit in. Don't want to weird new listeners out with vastly different tracks.
Top
Post Reply
13 posts • Page 1 of 1