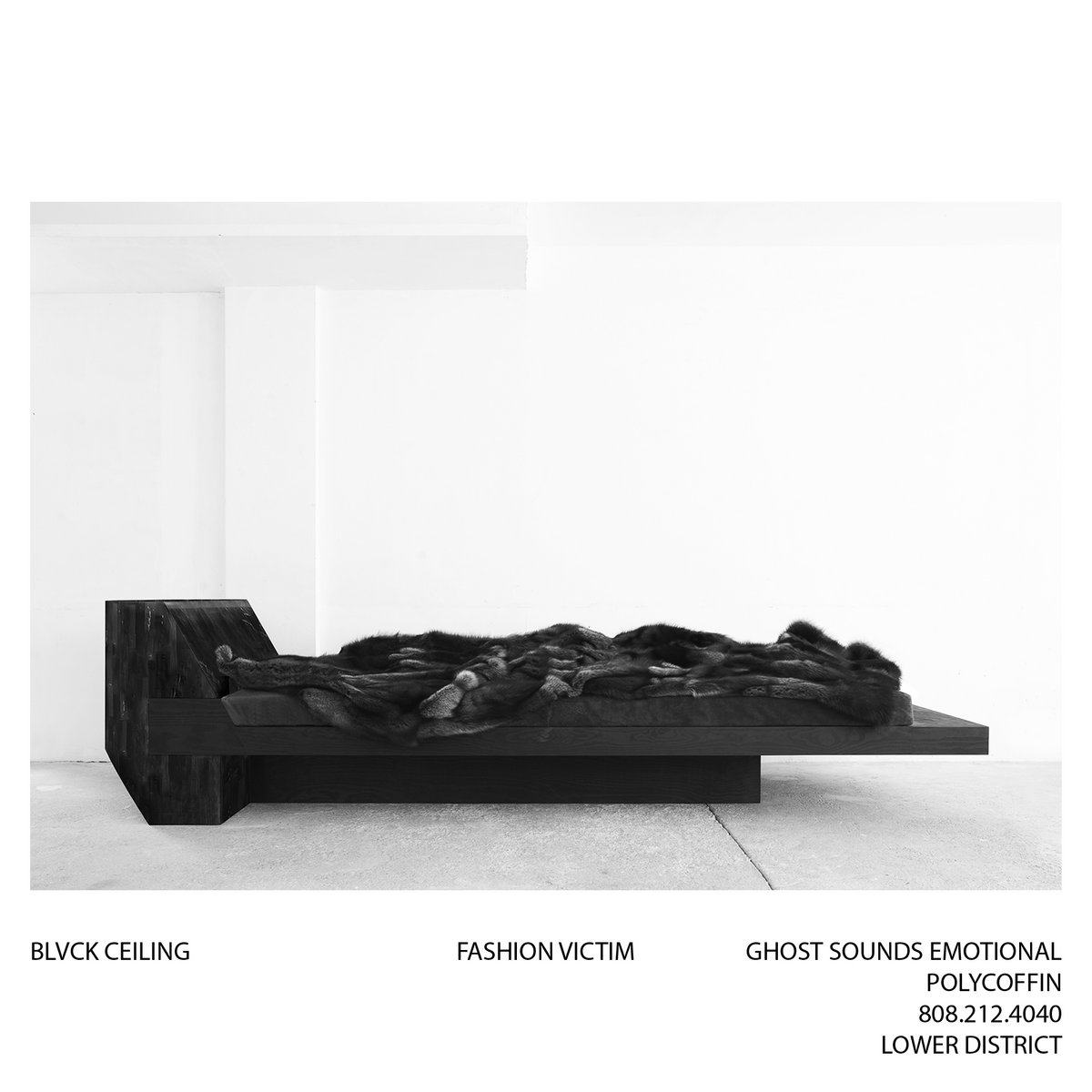 BC has been spamming albums left and right for the past few years, which is the reason why I stopped checking them out and buying his merch - both my ears and my wallet couldn't keep up

The music also lost its charm a bit, I feel like he found his comfortable place on the map and been doing the same thing since (correct me if I'm wrong tho, I know there was a dungeon synth LP in between somewhere).
But when doing the 2020 witch house catch-up, I decided to give some of his recent records a spin to see if stuff has changed. He's a great producer, but, to paraphrase the title of this particular album, became a victim to his own success. Take trap beats, add ominous atmospheres and loop vocals from some pop single, and we have a Blvck Ceiling song. Obv this is a big simplification of what he puts out, but still... Anyway, the "Fashion Victim" album. It's a solid hip-hop instrumental album, can totally imagine a horde of soundcloud rappers jumping on most of those beats. Delivers what I was expecting, has a few of catchy singles, but doesn't really make me want to hit replay.
Top
Post Reply
1 post • Page 1 of 1