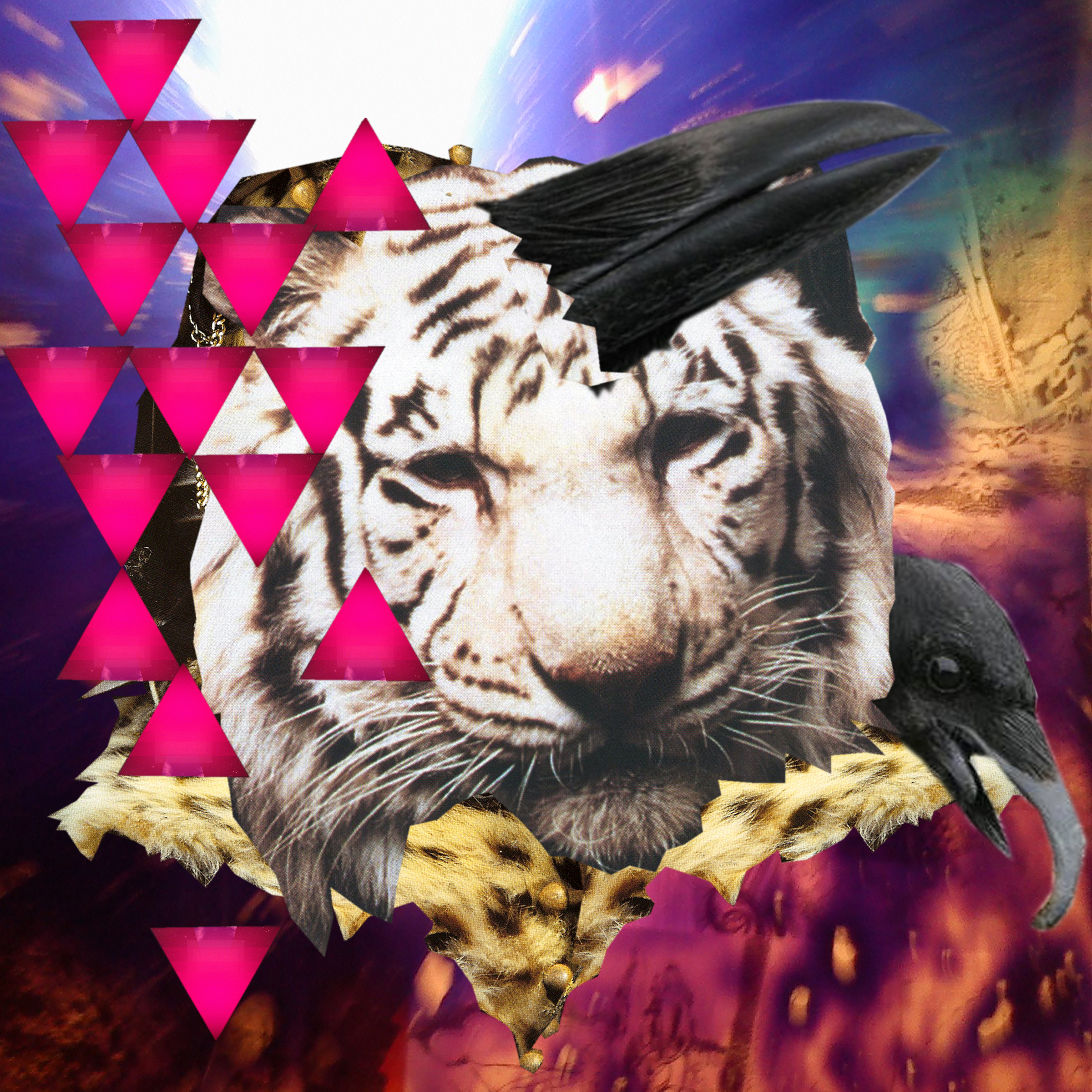 What’s up:
living information for the corrupted electromagnetic astral system

Where are you from:
TEXAS –in the 3rd dimension – the astral trenches in the 4th

Where are you now:
LA- astral life

How long have you been at it:
Around 2006 is in this incarnation sprouted , before that I was just another zoned out astral bum.

What got you started:
Not to sound like a drag, but my mother’s death really ripped me up and spit out into a whole other world.

What else do you do:
Renegade Member of Family of Light. Systems Buster. Available for altering systems of consciousness within the free-will universe On call

How do you keep it together:
It’s all illusion anyway

What are you reading:
I have A.D.D. so at the moment I am reading, Borough Satyr: The Life and Art or Austin Osman Spare, The Pleiadian Agenda (Barbara Hand Clow,) Madame Blavatsky’s Baboon (Peter Washington,) Techgnosis ( Erick Davis,) and Surrealism and the Occult (Nadia Choucha).

What comedy and/or comedians are you into:
Mighty Boosh, anything with Vincent Price, cat videos.

What are you listening to, lately:
I have been in a soundtrack mood lately, I nerd out on Vangelis mostly the Blade Runner soundtrack, with occasional Salem track, and BBC Radiophonic with Delia Derbyshire (of Dr. Who fame, interestingly enough I discovered that on the Dr. Who 1968 episode “The Web of Fear” the incidental music was ripped off by Wendy Carlos for the Shining! The scene were Danny is ridding his bike around the Overlook. So yeah, Delia Derbyshire and the BBC Radiophonic Workshop!
What art, if any, you seen worth talking about:
Oh are you kidding?! Tons of amazing work being made now! Although I am mainly looking at work from people creating for different reasons other than for the traditional gallery.

I have been following the work of Chromium Dumb Belle, a British artist by the name of Joanne Burke living in Portland. http://www.chromiumdumbbelle.com

She makes these fantastic embroidered and appliquéd fantasy worlds, that can be worn, but there are more like relics from a hidden world!

I have also been looking back into the past at the works of Austin Spare. His work was more about chaos magic and sigil work to accomplish other tasks. I have also found myself drawn to Annie Besant & Hilma af Klint, two woman who created work more from the idea of alchemy and theosophy as healing forces rather than for the gallery. The show that blew me away though was Emery Blagdon’s healing machines! Just google him if you have not seen his work before and you will understand! Art is our way into higher realms, if we remember the ritual than we can be saved.

Worked any fucked-up jobs? Do tell:
I work at a doll store as a robot-monkey.

With whom, if anyone, do you roll:
I love these peeps: http://www.prs.org they have lectures there at times. I am planning a show with Chromium Dumb Belle I am excited about,and there is talk about a Fancy Space People Film. My girlfriend Nora Keyes has a space rock band, The Fancy Space People http://fancyspacepeople.tumblr.com/, her videos are amazing ( I help on them too) so I am pretty excited about working on that with her.
Where are you headed:

Where is the rest of it headed:
It’s all one

What can you do about it:
nothing, it’s already happened and it’s all illusion.

Are there any people you’d like to mention who’ve helped you work it out:
Tex & Erika from Indian Jewelry and these folks:

my youtube videos: (lots of good stuff saved to dig through+ my own film & some Fancy Space Films!

People to look for:
http://www.myspace.com/wearevoicesvoices

These girls are super charged gifted magicians of sound!

They have taken olweyes as their visual rep. I love them!

Anything else you want to pass on:

abuse of the synthetic astral web may release unwanted doppelgangers-owleyes

The Astral Light has a direct action on the nerves, which are its conductors in the

animal economy, transmitting it to the brain.-Lévi